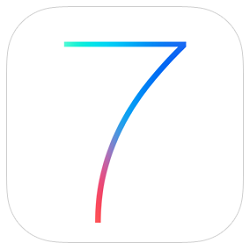 MacRumors.com announced today that Apple will be holding an iPhone event next Tuesday (September 10th) at 10am PT. If past iPhone events are any indication, Apple will likely introduce iOS7 to download on that day, or shortly thereafter.

This is a huge boon for Internet marketers. As most SEOs know by now, iOS6 prevents referral data from being passed for searches done through the search box in mobile Safari. This means that roughly 80% of searches conducted on iOS devices (iPhones, iPads, iPods) show up in Google Analytics as “Direct” rather than “Organic”.

Fortunately, iOS7 will fix this issue and provide us all with a nice boost in organic traffic in time for the holidays. If iOS7 adoption is anything like iOS6 adoption, adoption rates should reach 40% by the end of the year and climb to 90% adoption within 9 months. This means it we won’t see all the organic traffic we lost until sometime next summer, but in the meantime we should see a gradual increase in our organic numbers, with big jumps in September (when iOS7 is released) and December (when everyone receives their iOS7 enabled iPads for Christmas).

Anyway, this is incredibly exciting news, and I can’t wait to see my numbers at the end of the month!